Lei Jun, CEO of Xiaomi, has just been caught red-handed: he dared to use an iPhone to post a message on Weibo!

The post has since been deleted, but too late: the damage is done, the fans of the brand are furious.

Here’s a piece of information that makes Xiaomi’s fans jump up and down and Apple’s fans smile.

Lei Jun, founder and current CEO of the Chinese brand, recently posted a message on Weibo, a very popular social network in China.

So far, nothing unusual, except that Lei Jun seems to be getting it from a competing phone. And not content with not using a smartphone from the Xiaomi factories,

He has mostly done it using a phone that doesn’t embed Android, but iOS. Yes, you read correctly: Lei Jun posted a message on Weibo using an iPhone.

When you’re the CEO of one of the world’s largest smartphone companies, it’s best to have your back and always use a branded model.

Nevertheless, you’re never safe from a small mistake, and that’s what Lei Jun just learned from posting a message on Weibo using an iPhone.

Because Weibo detects the smartphone used by its users, in particular to identify models in preparation.

The CEO’s use of this competing model caused a real outcry, sometimes amused, sometimes bitter, among Xiaomi followers, whether on Twitter, Weibo or among the comments of Toutiao.com (in Chinese).

Analyst and partner Pan Jiutang tried to come to the CEO’s rescue by explaining that, when you are at the head of a company like Xiaomi.

It is normal to be interested in the competition. But nothing has helped: fans continue to laugh or rage at this use.

While Apple products are undeniably successful all over the world, and macOS even manages to gain a few market shares against Windows, this is not yet the case in China.

There, brands such as Xiaomi, Oppo or Huawei dominate the market. Of course, the iPhone is a rather popular smartphone over there,

but according to some estimates (getting reliable figures for this country is almost impossible), the iPhone would only represent 10% of the Chinese market share. 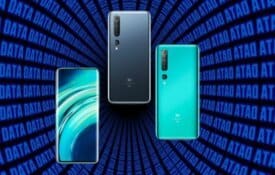