Samsung has unveiled a mysterious borderless smartphone, without a punch or notch, in an ad for a SmartThings-compatible connected air conditioner.

It could well be a preview of a future Samsung smartphone with a photo sensor for selfies hidden under the screen.

On March 25, 2020, Samsung published on YouTube a short advertisement for its Wind-Free Air air conditioner.

The footage was recently shared by several specialized media. At 0.55 seconds, a borderless smartphone is briefly shown.

Samsung Smartphone With A Photo Sensor Hidden Under The Screen Coming Soon?

The smartphone does not look like any Samsung stamped phone already on the market.

The device presented in the video is indeed encircled by an angular chassis and extremely thin borders, especially at the bottom.

It would therefore be a prototype or a 3D rendering of a future smartphone. It’s not the first time that the manufacturer has put forward a device covered with a screen without borders, without punch or notch.

At the end of 2018 during the preliminary presentation of the Galaxy Fold, Samsung unveiled several screen designs: Infinity-U, the Infinity-V and the Infinity-O.

These screens quickly found their way onto the brand’s smartphones in the months following the announcement.

At the conference, the firm also quickly showed another screen category, called New Infinity. This design is distinguished by the absence of visual elements to locate the selfies camera.

For several years, Samsung has been trying to hide the front camera under the AMOLED screen.

Last year, the manufacturer confirmed that it is working on a technology that allows the photo sensor to be placed under the screen.

Manufacturers such as Oppo and Xiaomi have already managed to develop prototypes with the camera housed under the slab.

At the last news, Samsung would have even considered using a similar technology with its Galaxy Fold 2 before raving about it.

In any case, the arrival of a truly borderless Samsung smartphone is becoming clearer. We’ll tell you more as soon as we can. 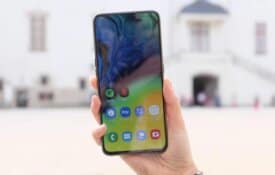 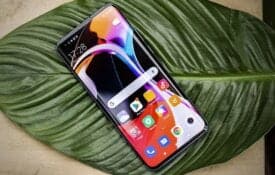 Can The Smartphone Market Survive A New Economic Slowdown?