The PS4 has sold 110.4 million copies since its release in 2013. At least that’s what Sony has just revealed, with the publication of its financial results for the 2019 financial year.

In fact, the manufacturer far exceeds the results of its main competitor Microsoft, with 47 million Xbox One units sold.

March 31, 2020 marked the end of the 2019 fiscal year. It was only a matter of time before the financial statements of the high-tech, video game and mobile phone industries were published.

While Nintendo was proud to have sold 55.77 million Switches since the console’s launch in 2017, Sony is at the top of the rankings with a total of 110.4 million PS4s sold since the machine’s release in 2013.

The video game department of the Japanese company recorded its second best year ever, with a turnover of 17 billion euros and an operating profit of 2 billion euros.

Game sales were excellent, with a total of 244.9 million games sold on PS4. Since the console’s debut in 2013, this figure has risen to one billion titles sold.

Online Services Have Benefited From The Containment

Not surprisingly, the Covid-19 pandemic and containment boosted sales of dematerialized games and new subscriptions to Playstation Plus (a service required for multiplayer gaming) and PS Now (Sony’s cloud gaming service).

Downloadable games accounted for 66% of sales between January and March 2020, an all-time record for the brand.

The number of Playstation Plus subscribers also increased significantly, from 38.8 million to 41.5 million over the same period.

Here again, Sony can boast another record. However, these good results must be put into perspective. The first quarter of 2020 already heralds a much duller year.

Indeed, the Japanese firm sold only 1.5 million consoles between January and March 2020 (compared to 2.6 million the previous year during the same period). Here, the manufacturer reports its worst quarterly results for sales of the PS4.

In any case, these good figures from Sony Interactive Entertainment make up for the poor performance of the company’s mobile branch.

Indeed, Sony claims to have sold only 400,000 Xperia in the first quarter of 2020, the worst record in its history. Eyes are now turning to the PS5, whose release is still set for the end of 2020.

Lifetime sell in for the PlayStation 4 is now 110.4 million.

Sony has not provided a forecast for FY2020/21, but is expected to be lower. pic.twitter.com/deffOX0tJP 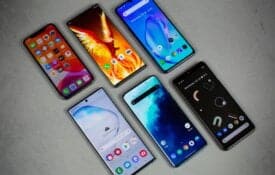 Record Sales Declined: The Global Smartphone Market Is In Crisis