The iPhone 12 would have a 120 Hz ProMotion screen similar to the iPad Pro. To accompany this ultra-powerful screen, Apple has decided to integrate large batteries in its new smartphones. Here is the latest information available.

In partnership with Filip Koroy, the youtubeur of the EverythingApplePro channel, the leaker Max Weinbach has put new information about the iPhone 12 online.

According to him, Apple is currently testing an iPhone 12 equipped with a 120 Hz screen. Unsurprisingly, only the Pro variants, with a 6.1 and 6.7 inch display, would be entitled to a 120Hz panel.

Unlike other smartphones with a 120 Hz display, such as the S20 or OnePlus 8 Pro, future iPhones would be able to automatically switch between 60 and 120 Hz.

To do this, Apple would rely on a ProMotion-type screen, like the one on the iPad Pro. Depending on the content displayed on the screen,

the iPhone will switch from 60 Hz to 120 Hz without any action on the part of the user. In particular, the 120 Hz screen will be triggered if a game is launched.

To power this energy-hungry screen, Apple has decided to integrate large batteries into the heart of its iPhone 12 Pro and Pro Max.

The large-format variant would thus be equipped with a 4400 mAh battery, compared to only 3,969 mAh for the iPhone 11 Pro Max.

In the process, Max Weinbach confirms the integration of a smaller notch. In addition, Apple would have been able to improve the functionality of Face ID by using new components.

From now on, it will be possible to unlock the iPhone with Face ID without having to stand right in front of the sensors.

The zoom of the telephoto lens would be increased from 2x to 3x, says Weinbach. Unsurprisingly, the Lidar sensor of the iPad Pro 2020 would be included.

According to information obtained by the leaker, Apple should have a final design by the end of May. Mass production of the iPhone 12 would then begin in July.

Despite the pandemic, Apple has managed to catch up on its schedule. We’ll tell you more as soon as we can. 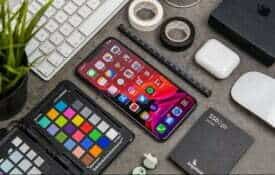 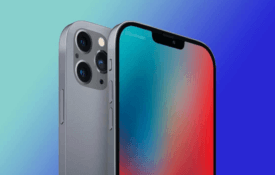 iPhone 12: Leak Reveals All Prices Before The Time 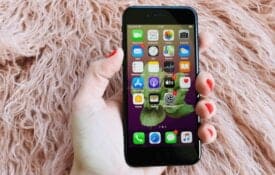 Getting Started With iPhone SE: Love at Second Glance