The Huawei Mate 40 Pro is illustrated through a new concept video. The youtubeur Multi Tech Media had fun modeling in 3D what the Chinese manufacturer’s future device could look like.

The Huawei Mate 40 and 40 Pro have not yet been officially released, and yet, as with every smartphone from the manufacturer, rumors, leaks, and other patent applications are going strong.

Latest revelation to date, the Huawei Mate 40 Pro could be equipped with a total of 8 photo sensors.

At least that’s what a patent filed by Huawei at the German Patent and Trademark Office suggests.

On this Friday, May 8th, no new leaks or patents, but simply a 3D rendering by the youtubeur Multi Tech Media.

With the help of the various information and rumours that have already appeared about the Mate 40, the video maker has fashioned an initial design for the smartphone.

Of course, none of this is official, and Multi Tech Media has only given substance to his idea of the look of the Huawei Mate 40.

Rather Elegant Design And Dreamlike Components

So the youtubeur has imagined the device with a new 6.7-inch, 114 Hz OLED display with extremely sharp edges.

It’s simple, the slab occupies almost all the space. As you can see, the result is quite flattering to the eye.

Next, Multi Tech Media saw fit to equip the smartphone with a fingerprint sensor under the screen, as can be found on the Huawei P30 for example.

Note the absence of a 3.5mm jack port, a connector unfortunately increasingly abandoned by manufacturers.

However, some smartphones are still resisting, like the recent Black Shark 3. As for the selfie camera, the videographer chose a 44 MP ToF 3D sensor under screen which reminds the prototype developed by Oppo.

They then form five points, comparable to the face of a die. The rendering is rather harmonious, far from the unattractive layout of the Galaxy S20’s photo block.

Please note that all these technical specificities should not be taken into account, and that they are only interpretations and hypotheses on the part of the video maker. 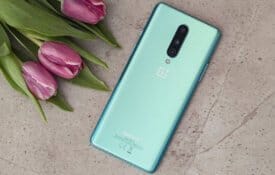