Huawei is prohibited from trading with American companies until May 2021. One year after the National Defense Authorization Act (NDAA),

Donald Trump has just announced an extension of the sanctions against the Chinese manufacturer.

Huawei is thus deprived of Android license, and Google services, for an additional year.

Donald Trump extends restrictions on Chinese groups such as Huawei and ZTE until May 2021, our Reuters colleagues report.

As a reminder, it has already been a year since Washington banned American telecommunications companies from buying from certain foreign companies.

Under the pretext of protecting national security, the American government has placed Huawei and ZTE on a blacklist.

It should be noted that not all the measures detailed by the Trump Order have been implemented.

Since last May, Washington has granted a total of 5 stays to Huawei and its partners in the United States

The fifth reprieve granted to Huawei comes to an end on Friday 15 May 2020. According to Reuters, the United States is preparing to announce a sixth stay of the measures of the Trump Decree, which is still clearly impossible to apply in full.

At the same time, the FCC, the US Federal Communications Commission, has pledged to help operators dependent on Huawei equipment to find alternatives as soon as possible.

Huawei is still blacklisted and therefore remains without an Android license. Despite pressure from Google, Washington is still prohibiting the Chinese group from using US-origin technology.

Until further notice, the Chinese manufacturer is therefore not allowed to integrate Google’s services into its smartphones.

To free itself from the US restrictions, Huawei quickly developed its own alternative, Huawei Mobile Services (HMS).

At the same time, the manufacturer is circumventing the restrictions by recycling successful smartphones launched before the US sanctions, such as the P30 Pro New Edition or the P Smart 2020. 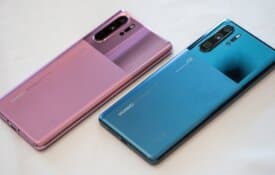 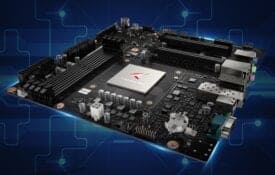