Looking for a way out of your games and entertainment routine? Want your kids to discover new things like you at their age?

As part of its “Stay at Home. Save Lives” program, Google will be re-issuing its most popular games via Google Doodle. You’ll be able to access a classic game every day. 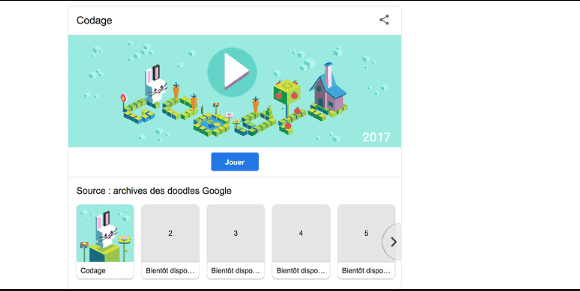 The re-release of classic games has become more than a commercial gesture for many players in the entertainment world in these times of confinement.

Following the example of Gameloft, which is offering its must-have games free of charge to celebrate its 20th anniversary, brands are riding the wave of nostalgia that is manifesting itself on the net.

Particularly in the programming of major platforms such as Amazon Prime with its series from the 80s and 90s or Disney+ with the Mickey Mouse cartoons from several decades ago.

Google has just launched the 2017 educational game Coding with Carrot on Google Doodle. It is interesting to note that this software was already itself a tribute to the mythical first coding program for children, Logo (1967), for its 50th anniversary.

The older among you may remember this program, which was used in big computers at school and where a little turtle was scrolled around.

Here, you don’t have to move a little turtle, but organize pre-written strings of code to guide a rabbit to the carrots.

In itself, Google is re-releasing this coding initiation whose features are quite similar to Scratch, a free tool designed to introduce children to coding. 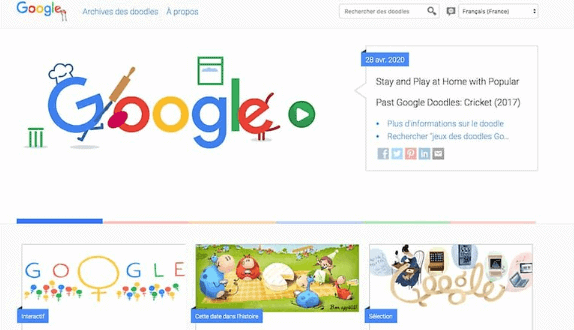 The reasons for this re-release are of course many, especially considering the confinement and ease that children nowadays have with computers from an early age.

But it is above all the success and the very positive reviews received after the launch of Honeybee on Google Doodle last week that have reinforced the American giant in its strategy of free sharing.

From now on, you’ll be able to find a new game every day and thus participate in the discovery of coding by the new generations. So you’ll just have to go for a daily tour on Google Doodle.

If you’re in a very nostalgic mood and really bored, remember that you can find and play games like Pac-Man Doodle on the Google Doodle site.