The new iPhone SE is finally a reality. After the huge success of the first SE, Apple has introduced a device that is more cloning than ever for testers and raging in the eternal battle between iOS and Android fans.

After my first try, I have to say that I like it a lot. Nevertheless, Apple’s iPhone SE is certainly not for everyone.

The iPhone At Less Than 500 Euros

The iPhone is therefore unparalleled, it is no longer a status symbol and now shines incognito. Because the iPhone no longer proves the wealth or debt level of its owner.

He may not even have bought the phone on credit, because the iPhone SE is more than affordable in 2020.

Apple’s current cheapest smartphone has a processor that makes the competition pale in comparison: “The cheapest iPhone beats the most expensive Android,” I read this morning with my first coffee.

Comparisons between Android smartphones and an iPhone get on my nerves. There is de facto no comparison possible, and yet the battles are fought with passion.

So I had a bit of a preconceived notion when I got to grips with the new iPhone, which already seemed so incredibly familiar when I unpacked it. 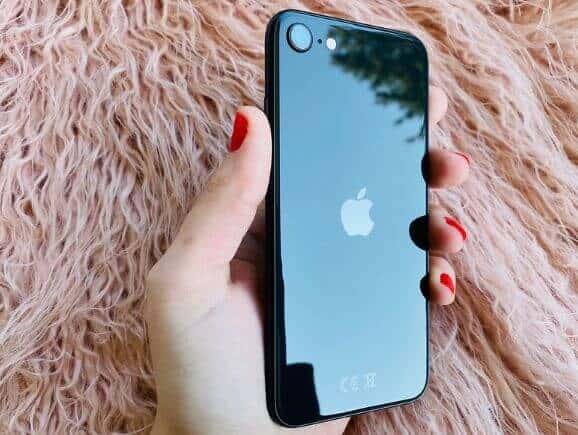 No wow effect, no gawking and the feeling of a brand new glass back or stainless steel frame to flatter the palm of your hand. The first impression, so important, was … boring. But it doesn’t matter.

Have you ever fallen in love at first sight at second sight?

Someone who doesn’t fascinate you with the first word that comes out of his mouth, but who, at second glance, turns out to have a big heart and a fabulous intelligence, in short, an inner beauty?

That’s what the iPhone SE made me feel.

The iPhone SE is so light (148 grams) and so small (138.4 x 67.3 x 7.3 mm) that you can’t really complain because it’s also incredibly soft, sleek and comfortable to hold. The iPhone SE is delicate, almost fragile if you’re used to handling a much larger and heavier device.

I got used to the featherweight surprisingly quickly during my first morning with it and learned to appreciate again the benefits you lose when you carry a large, heavy and ostentatious iPhone 11 Pro Max like the one I use every day.

The soft glass back of the iPhone SE is really its forte. The good haptic feedback, which the welcome button on the front is capable of, creates an almost disturbing contrast right after installation.This becomes immediately obvious: there is a lot of power in this little gem. 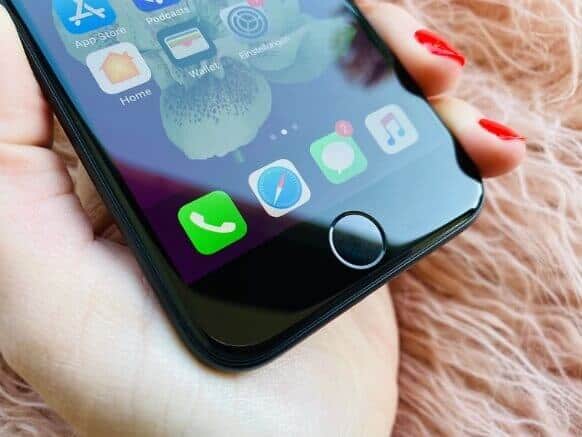 The iPhone SE looks visually simple, unobtrusive, and remains suspiciously simple. Apple has placed the shiny silver apple in the middle as on the iPhone 11, as well as on the back of its current models, proving that this iPhone is definitely anchored in the present.

The lettering of the iPhone is also missing in direct comparison with the iPhone 8, which is not a bad thing at all. Because whoever buys this mobile phone will not be waving the Apple name around and will not buy a ridiculous shell with the Apple logo cut out, because the time for boasting is over. People have moved beyond this flashy Apple look.

Not The Brightest Candle on The Cake

The LCD screen is one of the best in its category that you can buy at the moment. Only one other LCD screen is more powerful at Apple: the iPhone XR’s Liquid Retina HD Display. Nevertheless, I can’t complain here.

Every interaction on the iPhone SE allows the 4.7-inch screen to shine smoothly, even if much of the display is flooded outdoors by sunlight.

These are the drawbacks of LCD screens, which never work as well outdoors as they do in darker lighting conditions, and people interested in buying should be aware of them.

It’s true: you can get a better display for the same price elsewhere. 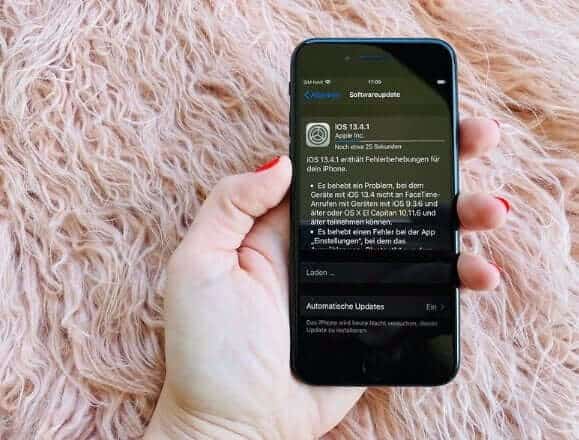 The iPhone SE, iOS 13 And Their Promises

After configuring the device, I was already able to install the latest Apple iOS patch (iOS 13.4.1), which directly reminded me that the iPhone SE is true to the heart of the A13 Bionic. Thanks to the latest processor, it promises years of small and large software updates.

Even the iPhone 6S with the Apple A9 processor, which has been available for five years now, runs on iOS 13, so the recommended price here seems almost ridiculously low.

The A13 Bionic is A Declaration of War

The performance of the iPhone is easy to understand, as you would expect from a new, ready-to-use iPhone, and yet very attractive. It is equipped with Apple’s fast 7nm A13 Bionic chip, which takes the components of this otherwise truly obsolete device to new heights, such as a catalyst (or defibrillator).

I will be able to have the heart of it net by carrying out all the benchmarks, which make heat the device. Of course, the iPhone SE might turn into an expensive kettle of fish at that point.

(Note: our benchmark scores will be made available to you in this paper after I’ve completed my full test).

A Simple But Effective Camera

I was particularly curious from the beginning about the integrated camera. And I have to admit that I look forward to various Android smartphones that have night modes and telephoto lenses that I can only dream of as an Apple user.

The iPhone SE doesn’t offer all of that (my iPhone 11 Pro Max is over 1000 euros either). Nevertheless, I don’t forget that it’s the company (Apple) that paved the way for portrait photography with (good!) Bokeh effects in the mobile phone industry with the iPhone 7 Plus and iOS 10.1.

And just like back then, the Californian company did a great job with the new iPhone SE camera, offering a rendering that I’m very familiar with and that has all the beautiful bokeh effects.

At the front, taking pictures with a blurred background is as possible as it is beautiful. This is possible thanks to the processor and the AI.

I am already looking forward to the dedicated photo test with the camera of our professional photographer Stefan so that he can give a competent evaluation of the camera of the iPhone SE. 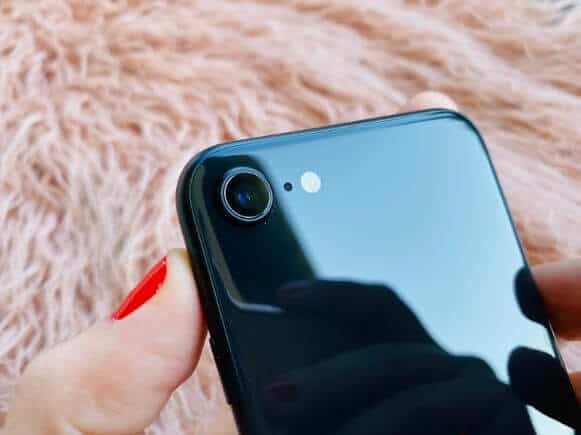 The iPhone SE is certainly not compatible with everyone. But that’s probably true for other iPhones or Android smartphones. As with every product you buy or every relationship you form, you need to know exactly what you want.

Either you’re willing to make compromises, choosing not the most attractive look, but a loyal heart. Or you like the soft and delicate sensation you feel when you touch the product, and you want to have more in your hands.

This relationship can then be successful in the long term, provided you choose well. There’s simply no perfect smartphone for everyone, but this phone is very close to it for me.