Skip to content
Homepage / Misc / Bitcoin's Price is in Threat of Collapsing To Around $20,000

The price of Bitcoin may approach the threshold of $20,000 in the near future, warn financial analysts.

After a meteoric rise beyond $ 60,000, the mother of cryptocurrencies has been weighed down by Tesla’s turnaround and regulatory threats from China.

Despite the recent announcement from El Salvador, the price of BTC is struggling to recover.

According to financial analysts at Evercore ISI, Tallabacken and Oanda Corp, the price of Bitcoin could fall to around $20,000 in the coming months.

“A break below $30,000 could see a huge amount of dynamic selling,” estimates Edward Moya, analyst at Oanda Corp.

For the record, Bitcoin broke above $20,000 for the first time last December. Driven by the authorization of payments on PayPal, the doyenne of the cryptocurrencies had sounded the kickoff of the “bull run”, bullish phase in the stock market jargon. Most altcoins followed this trend.

Bitcoin Rises To $37,000, Is This The Beginning of The Downtrend?

“The most obvious answer continues to be a full retracement of the $20,000 breakout – in other words, down to $20,000,” estimate analysts Rick Ross of Evercore and Michael Purves of Tallbacken in a note relayed by Bloomberg.

Note that the price came dangerously close to $31,000 this Tuesday, June 8, 2021. Despite these warnings, most analysts believe that the price of Bitcoin is likely to reach new highs in the long run.

However, experts agree that the crypto-currency is heading for a period of decline, which is not unusual.

The downtrend that is taking shape is due in particular to the successive announcements of Elon Musk, the umpteenth threats of regulation from the Chinese government,

Nevertheless, the price of Bitcoin has recovered in recent hours. The digital currency has risen to $37,000 after the historic announcement of El Salvador.

Led by President Nayib Bukele, El Salvador became the first country in history to adopt Bitcoin as a legal tender. 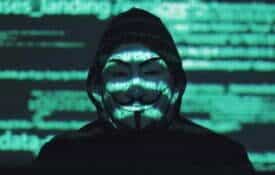 Anonymous Accuses Elon Musk of Manipulating The Price of Cryptocurrencies 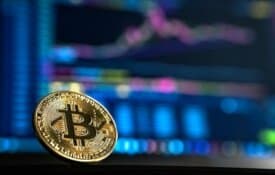 Bitcoin Is “A Scam Against The Dollar” Says Donald Trump