Apple announced during the WWDC21 keynote a new option for its messaging app that blocks tracking of users with web beacons.

This new feature improves the privacy of email accounts, preventing advertisers and data brokers from tracking your habits, such as opening and reading the message, and user interaction, such as clicking links.

Web beacons, also known as tracking pixels, are added to e-mail messages to check whether the recipient has read the message,

For example, In most cases, the image is not visible in the received message, and it can be added not only by the sender, but also by a third party – such as an advertising network or a data broker. 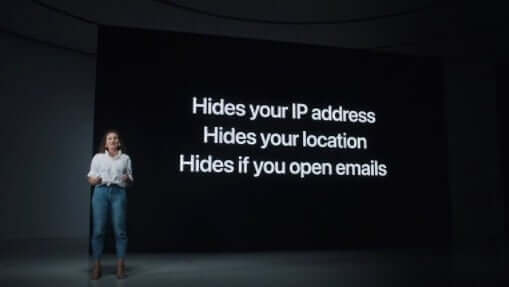 Since it sends a request message over the web to “open” the embedded image, the tracker can identify the user’s IP address. To prevent this, Apple has introduced “Mail Privacy Protection”.

Apple announced that the device’s actual IP address can be hidden from the image host, making it more difficult for advertisers to track users – who can cross-reference IP data with browsing history and other anonymously collected data.

The new privacy feature is expected to be released in a future update of the Apple’s Mail app.